Webb’s Ford held the Grand Opening of their new dealership located in Vermilion on July 12.

The event began with staff welcoming long time customers to their open house where they had the opportunity to view the new facility as well as a selection of new and classic Ford vehicles located in the shop. Mrs. J's Catering catered a beef on a bun lunch that included salads and squares with the beef supplied by the Vermilion Packers.

Mike Webb emceed the opening ceremonies recognizing George C. Webb, his sons George, John, and Lawrence, as well as family members Scott, Jake, and Ray who had all helped to make the business what it is today. Webb's has been associated with the Ford Motor company for 71 years. Mike has great hopes for the next generation to continue to grow the business.

“It has absolutely been a hoot to see everyone here. This is a community and a family; not just the Webb family,” said Mike.

Jake Jacobson thanked dedicated customers, as well as past and present staff, and MLA Dr. Richard Starke shared his personal experience dealing with the company.

“I’m very honoured to be here today to celebrate this milestone not just for Webb’s but for Vermilion, and our constituency. It has been a privilege to be a customer and get to know Mike and Scott and their families. They treat their customers extremely well, their staff like family, and have contributed to their community for decades. At the end of the day, that is what successful business is all about. On behalf of the Vermilion-Lloydminster Constituency, congratulations on your great achievement,” said Starke.

County of Vermilion River Reeve, Darryl Watt, began dealing with Webb’s 42 years ago and reiterated that the organization is built on treating people well. He went on to thank them for being a part of the community and shared his happiness for their success.

Councillor Harp Khela congratulated Webb’s on behalf of the Town of Vermilion, saying that as local business owners invested in the community having the hall full is a testament to what the town wanted to see when they developed the new area.

The Vice President of Canada Ford Sales, Tim Witt has visited close to 200 dealerships around the country and noted that the President’s Award is the highest satisfaction award with fewer than five dealerships in Canada having obtained over 30. Webb’s Ford in Vermilion is one of those few.

“The commitment that you have made to the Ford Motor Company is unbelievable,” said Witt.

He went on to thank the Webb family for representing them in the community, and the customers for their loyalty.

Scott Webb shared an early work experience of pumping gas; earning 21-50 from his dad (21 meals, and 50 cents). His closing speech gave an emotional recap of Webb’s 84 years and shared their philosophy that customers are the most important part of their business combined with integrity, work ethic, and community involvement. Scott is proud to have his legacy continue with three sons now working at Webb’s.

In appreciation for their support, and to celebrate Canada 150, guests received a commemorative 50 cent coin, and the opportunity to enter several draws. Draw winners included Shirley Lamport for the pressure washer, Kathy Naciuk for the area rug, Jordan Copeland for the MojiLife, Lanie Eigner for the Lego, Keyin Kuishenska for the Ford picture, and Doug Deardorff for the Children’s Battery Operated Ford Vehicle. 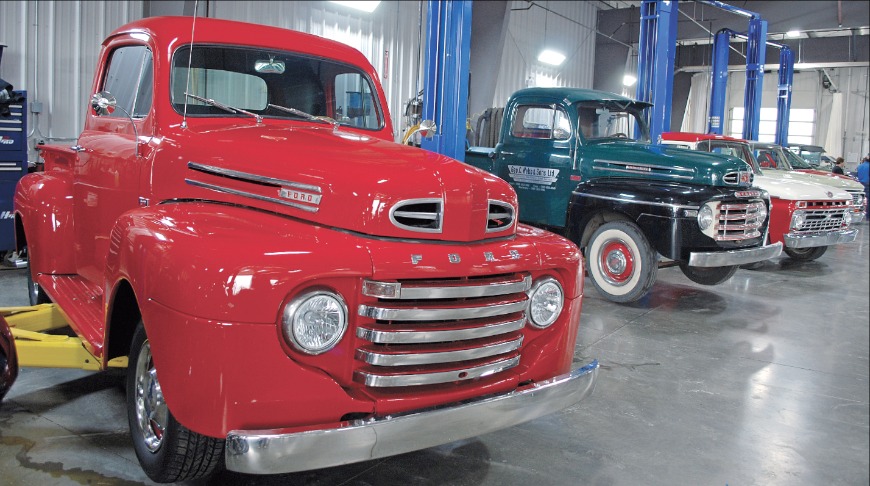 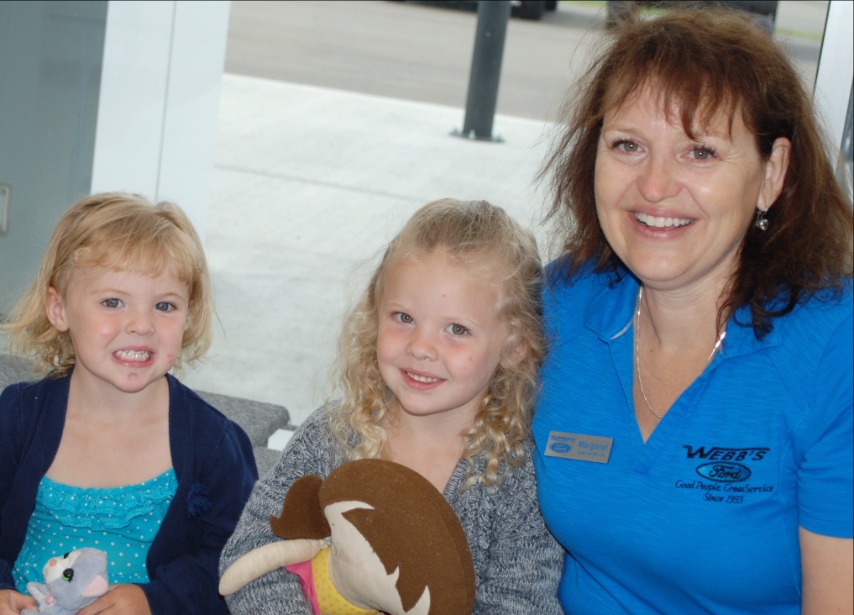 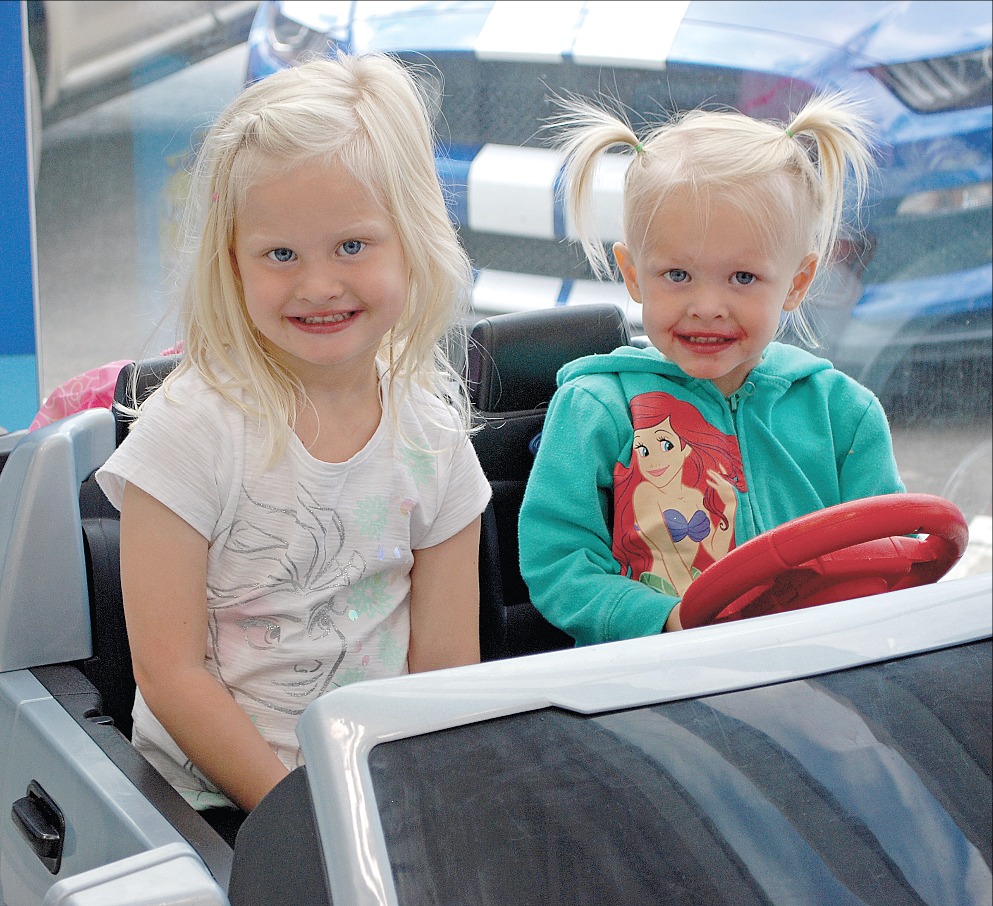 Top left: A collection of classic vehicles was on display at Webb’s Ford during their Grand Opening on July 12.

Bottom left: From left, Arya and Lily Yungblut, enjoyed visiting their Grandmother, Margaret Davis during the Grand Opening at Webb’s on July 12.

Bottom right: From left, Parker and Hudson Jones sat in the battery operated Ford vehicle that was available to be won on July 12. Photos Angela Mouly

Art In The Park